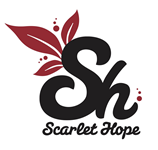 Scarlet Hope exists to share the hope and love of Jesus with women in the adult entertainment industry.

In 2007 Rachelle Starr founded Scarlet Hope in Louisville, Kentucky.  What began as three friends bringing in a home-cooked meal into one strip club and sharing the love of Christ with the women working there, transformed into dozens of employees and hundreds of volunteers ministering to thousands of women in over 20 strip clubs.  As God continued to grow the ministry, he began giving us the opportunity to train and equip men and women all across the country to minister to women in the adult entertainment industry in their hometowns. After years of training and launching multiple ministries, we officially began the Scarlet Hope Network and set out to train and equip new ministries and encourage and support existing ministries.

Since then, the Lord has used two other Scarlet Hope volunteers to launch new sites.  In 2013 Jarre Poh moved from Louisville back to her hometown of Reno, NV, and founded Scarlet Hope Reno, where Jarre and her team serve over a hundred women to the women working in strip clubs there.  In 2018, Beth Jacobs, a faithful volunteer from Scarlet Hope Louisville, began Scarlet Hope Las Vegas. Although still a young organization, the ministry already serves hundreds of women through strip club outreach and street outreach.  In 2019, we launched Scarlet Hope Nashville, led by Tami Majtan. Tami was a volunteer for Scarlet Hope Reno and when she and her family moved to Nashville in 2019, God quickly led her to begin ministering to women in her new city. Our newest site is Scarlet Hope Miami. This city has been on our hearts for many years, and God is now opening the door to begin ministry there! As the Lord leads, we will continue to expand our ministry to other cities where there is need.

Our vision is to see women in the adult entertainment industry all over the world engaged with the Gospel of Jesus Christ, teaching them they are loved by the Creator of the universe and were made in His image while equipping and empowering them to change their lives through gospel-centered community and resources.

Where your agency is located

Schedule a meeting with one of Scarlet Hope 's representatives.

Email Us
+1 850-598-1243
Visit Our Website
Get directions
Tweets by @https://twitter.com/thescarlethope?lang=en